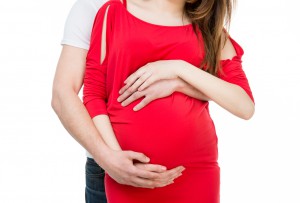 As soon as we found out we were expecting our first child we began discussing names. My husband suggested a name he liked, I loved it and we immediately agreed on it. All of this happened over one cup of coffee…before we even announced our pregnancy or knew our firstborn was a boy. We never wavered and when he was born, we gave him the name we had selected 9 months earlier. Two years later, we were expecting a little girl, but this time, choosing a name wasn’t easy. We each made lists. We researched a zillion websites. We crossed off names and added a few more. We stayed up late talking about it. We asked family members for ideas. But we couldn’t find a name we both liked!

The options are endless when it comes to choosing a name for your child. Maybe naming your baby has been a breeze or maybe it’s causing you to lose sleep at night. Either way, we’ve compiled a list of the hottest trends in baby names for 2015. Check this out if you or someone you know is expecting a little one this year!

After researching these trends, I was curious about last year’s top names. After all, it is the popular kids that set the trends, right? So without further ado, here are The Most Popular Baby Names of 2014 from BabyCenter.com:

We know that selecting a name for your sweet little bundle of joy is one of the most difficult, yet exciting parts of pregnancy. (Consider it good training for parenthood- it’s just one of many difficult decisions you’ll make as a mom or dad!) Whether you are inspired by royalty, pop culture, nature or something else, we hope that this list has given you some good ideas. Good luck as you begin your journey as a parent!

Rebecca is mom to three young children and married to Jordan who she met on MySpace long before online dating became popular. She comes from a tight-knit Lebanese family who instilled in her a love of food, family, and celebrations. She loves to host a good party—whether it’s an intimate dinner party with a close group of friends or her annual Chili Cook-off or Easter Egg Hunt. She also enjoys cooking with her children (it’s messy!), relaxing at the beach, and hitting the barre.

Yes we talk about wedding gifts and wedding etique

A dad is a daughter's first love. Happy Father's D