Ask any bride and groom and they’ll tell you—making the guest list is the hardest part of planning a wedding. Between rising wedding costs, venue space restrictions and trying to plan a small wedding (if that’s what you’re into), there are so many factors that go into deciding the exclusive list of wedding invitees. And when it comes to wedding guest lists, one of the most controversial topics is who gets a plus one.

Ever wondered what the actual rules are? Read below for some of the most common plus-one assumptions, and whether or not they’re legit.

Guests should always assume they get a plus one, even if it’s not specified.

You know what they say about people who assume. Don’t do it! As with everything related to weddings, the bride and groom get to decide who gets a plus one, so guests need to take a hint from them. The envelope is the most telling clue. It’ll either say just the guest’s name, the guest’s name and the specific name of his or her partner, or the guest’s name and an “and guest.” If it says nothing, there’s no plus one. And despite what other people may have done, it’s not okay for invitees to just add a guest on their own. 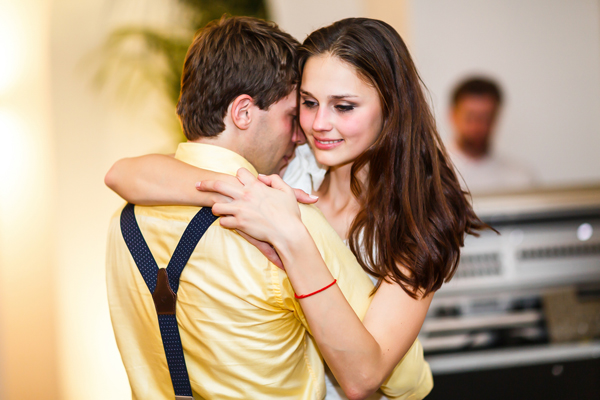 Anyone in a serious, non-married relationship gets a plus one.

Wedding guests may not all be married, but if they’re engaged, living together or in a serious relationship, it’s common courtesy to invite the significant other. Don’t know how to determine what’s “serious?” If the couple is close to the guest in question, they can go with what they know about their relationship. Otherwise, two rules of thumb to give them a plus one are 1) if they live together and 2) if they’ve been together for at least a year. And when you do invite them, it’s also important to include the significant other’s name on both the outer and inner envelope of the invitation, to make them feel just as welcome as everyone else.

Everyone in the bridal party automatically gets a plus one.

This one is definitely controversial. Technically, the bride and groom are not required to give anyone in the bridal party a plus one just for being in the bridal party. (But the other rules still apply!) That said, bridesmaids and groomsmen have likely spent a lot of time and money on a couple’s wedding year, so it’s not uncommon for couples to give them a plus one as a small token of their appreciation.

All married guests get a plus one, even if the couple doesn’t know their spouse.

It’s true! It doesn’t matter how well the couple knows (or likes) a guest’s wife or husband, if at all. When a couple gets married, they become a unit, just like the couple of honor is about to be. Read every etiquette book and they will all say the same thing—the whole unit gets an invite.

The bride and groom get a say in who the plus one is.

The couple determines who gets a plus one, but their control ends there. A plus one is a plus one. If the guest doesn’t want to go alone, they can use that plus one to bring a date, their best friend, or even a close relative, if they want to. It’s up to them! 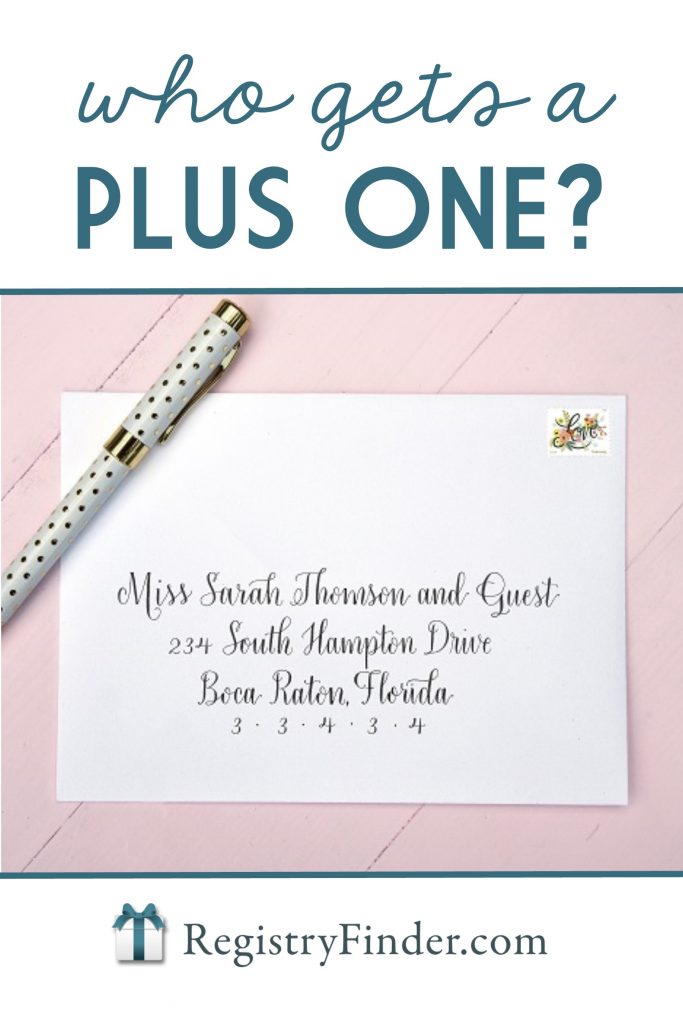 Written by Jennifer Agress, who always wants a plus one, with input from Cheryl Seidel, our resident expert on wedding guest etiquette.

A statement back is timeless, and we're head over