Take a look back to learn why we do the things we do on our wedding days. 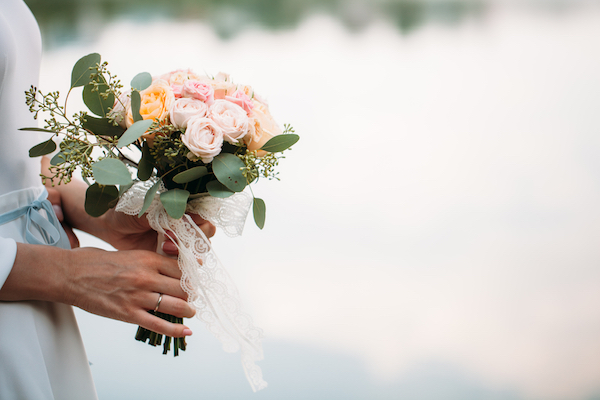 There are some wedding traditions that have stood the test of time—so much time, in fact, that their original meaning is often lost on the modern marriage. Ever wonder why we throw rice on the happy couple, or tie cans to the bumper of their getaway car? Now’s your chance to find out. Discover the meanings behind ten popular traditions below!

1. Something Old, New, Borrowed, and Blue

This easy-to-remember wedding day rhyme actually originated around the Victorian era in England. It generally served as an instruction for the bride—gather an item from each category from friends or family members to ensure good luck on your wedding day. Something old symbolizes continuity, something new stands for optimism toward the future, something borrowed reflects others’ happiness, and something blue represents love and fidelity. Something to think about for all you brides-to-be out there!

2. Bad Luck to See the Bride Before the Wedding

While many modern couples have opted for a first look at their weddings, tradition holds that the bride and groom shouldn’t see one another until she’s walking down the aisle. Back when arranged marriages were the norm, the families of the bride and groom treated the whole union as a business arrangement. To ensure that the marriage was seen through, the groom was prohibited from seeing the bride until the actual ceremony, in the off chance that she wasn’t up to his personal standards.

3. Giving the Bride Away 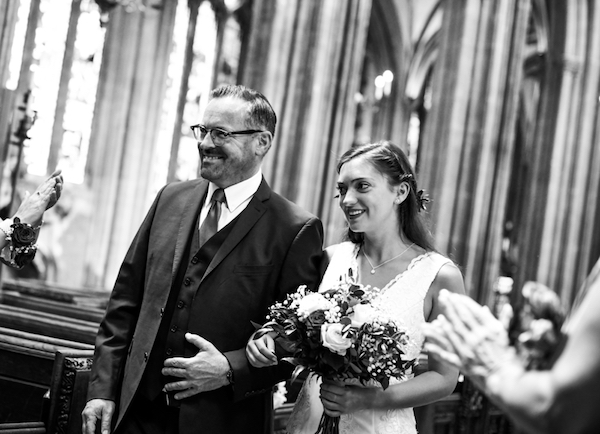 This is another tradition that comes from the days of arranged marriages, when women were seen as their father’s property to be given away. The two families would essentially agree on a predetermined “price”—or dowry—that would transfer to the groom’s family during the ceremony. Today, we see brides walking down the aisle solo, with stepparents, mothers, or grandparents, with the modern symbolic representation being love and protection.

In America, it’s most common to see married couples wear their wedding bands on the fourth finger of their left hand. This goes back to Ancient Rome, when Romans believed that the vein in the fourth finger led directly to the heart. By wearing a ring on that finger, it symbolized the union of two hearts coming together as one. Now, we know that all fingers have veins leading back to the heart, but it’s still a sweet origin story that we can get behind. 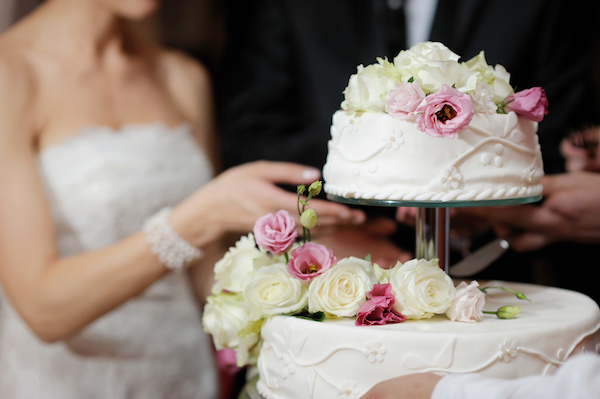 Compared to the last few, this tradition is quite young, originating in the 19th century. Tiered cakes were typically a royal dessert because of their opulence and height. Three tiers allowed for the bottom layer to be served at the wedding, the middle layer to be sent home with guests, and the top layer to be saved for a future celebration. It seems like such a no-brainer to keep up this entire tradition, but most modern couples simply freeze the top portion of their wedding cake to dig in a year later. Fine with us!

We have the Ancient Romans to thank for this tradition as well! Originally, wheat was thrown to bestow good wishes and fertility on the couple, but rice was later determined to be the symbol for fertility and forever changed the tradition. It’s not quite as common to see nowadays, but there are plenty of ways to pay homage in your own way. Check out our Alternative Wedding Send-Offs blog post for inspiration!

7. Cans Tied to the Car Bumper

During the 18th century, wedding guests participated in something called “shivaree”. After the ceremony and reception, as the bride and groom exited the venue to consummate the marriage, the wedding guests would follow them banging pots and pans in encouragement. When cars were added to the escape plan, the tradition was modified, adding tin cans and removing the need for guests to accompany the couple to their marriage bed. Thank goodness for that!

These days, it’s normal to see a wedding without a wedding party. But back in the old days, a bride and groom would never be caught without their bridesmaids and groomsmen. In Ancient Rome (yup, them again), bridesmaids served as decoys to evil spirits, dressing like the bride to throw off any negative energy. Groomsmen actually escorted the bride to the ceremony to ward off potential thieves of her dowry. Today’s wedding parties have no idea how lucky they have it—but it’s still nice to show some gratitude in the form of a personalized gift.

Before long-distance travel became common, during the early 19th century, newlyweds spent the days following their wedding traveling to visit friends and family who couldn’t make it to the ceremony. It wasn’t until later that century that it became closer to what we know today. Of course, even the most modern couples have added their own twists to the tradition, often waiting weeks, months, or even a year before jetting off on their honeymoon. Need help planning your own? We’ve got you covered.

10. Carrying the Bride Over the Threshold

If you guessed this tradition comes from the Romans, you’d be correct! We can thank them for believing in the superstition of evil spirits. To protect the newlywed bride from potential danger, and the marriage from bad luck, the groom would carry her over the threshold. It’s also been said that this prevents the bride from tripping over the threshold—another omen of bad luck for the couple.

While it’s easy to take these traditions for granted, it’s much more meaningful—and just plain fun—to learn about the origins and meanings behind them. More importantly, don’t forget that your wedding day is just that: yours. Borrow as many traditions that feel right and forget the rest. Or even start your own! After all, they have to start somewhere, don’t they? What traditions did you incorporate into your wedding—or if you’re still busy planning, which ones will you be sticking with when your big day arrives?

If you still have questions about planning your wedding, wedding etiquette, or just need some general tips to get through your wedding day, be sure to email us at [email protected], or feel free to browse past questions and the Give It blog for even more inspiration!

-Written by Brittney Winters-Gullo, who was given away by both her father and stepfather, eschewed a bridal party, and did a first look at her own wedding.